A recent paper by Denis Zubalov, an Associate Professor with IOE’s Graduate School of Education, has been published in Journal of the Anthropological Society of Oxford.

Set in the framework of sociolinguistic anthropology, a study entitled Changing Attitudes: Reconsidering the Role of Turkish in the Community of Pontic Greeks in Cyprus provides deep and compelling insights into factors that drove Cyprus-based Pontic Greek immigrants’ rapid linguistic shift from Turkish to Greek and hastened their integration into the new cultural environment.

The present paper examines the linguistic behaviour of the first wave of Pontic Greek immigrants to Cyprus based on their internalized language attitudes and dominant language ideologies. Since the time of its settlement in Cyprus in the early/mid 1990s, the predominantly Turkish-speaking community of Pontic Greeks has experienced a rapid linguistic and cultural transformation. This occurred primarily due to the local population’s (i.e. Greek-Cypriots’) reluctance to recognize the Turkish-speaking Pontic Greeks as belonging to the Greek linguistic and cultural ‘world’ in light of the former’s historical and socio-political tensions with the Turkish-Cypriot minority. More specifically, I will analyse the factors that have contributed to this rapid language shift and show what (non-) linguistic means are employed by the members of the Pontic Greek community to index their ethnic identity and belonging. 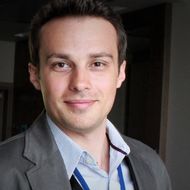