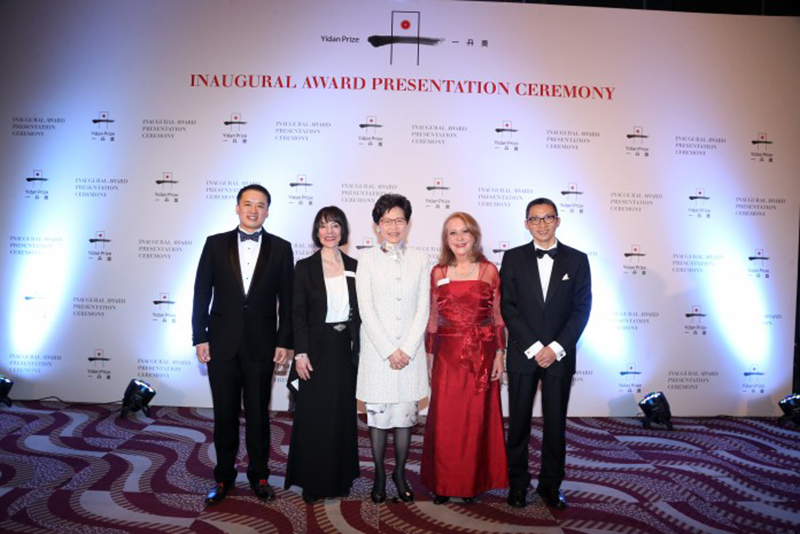 The HSE Institute of Education has been authorised to nominate projects for the largest annual award in the field of education, the 2019 Yidan Prize. The amount of the prize is nearly four times that of the Nobel Prize, with $3.87 million being awarded in two categories – education research and education development.

The nomination process for the 2019 prize will begin in September and last until March of next year. The two categories are open both to individual teachers and researchers, as well as to teams of up to three people. According to the competition’s evaluation criteria, the projects must be innovative, transformative, sustainable, and future-oriented. Former UNESCO Director-General Koichiro Matsuura will chair the jury in both nomination categories.

Now, the HSE Institute of Education is able to nominate an unlimited number of projects for the prize. Several conditions apply, however: a project description must be submitted in English, two expert reviews should be attached to the application, and late projects are not accepted.

‘The nominating organisations are the foundation of the Yidan Prize,’ project manager Brian Lee notes in a letter confirming HSE’s right to nominate projects. ‘We believe that only international cooperation will allow for the best minds in education to be chosen and awarded. And this way, more people will be able to benefit from their ideas.’

The Yidan Prize, which was founded and is currently financed by Chinese entrepreneur and philanthropist Chen Yidan, has been given out since 2017. According to Head of IOE, Isak Froumin, this prize allows education researchers to join a higher scientific league of international prizes for the first time ever. Being nominated is an honour and comes with responsibility. The first recipients of the Yidan Prize were Vicky Colbert from Colombia (for education development) and Carol Dweck from the U.S. (for education research).

Vicky Colbert, as Colombia’s Vice-Minister of Education, came up with the ‘new school’ model as a way of developing education in rural areas experiencing a severe lack of teachers. The model gives children of different ages the opportunity to study in a single group, but as part of different programmes. Older students are able to help younger ones, and an instructor moderates the entire process. Now more than 5 million children in 14 countries study under the model, and the programme is recognised by UNESCO and the World Bank.

Stanford Professor Carol Dweck has studied issues surrounding motivation in education for more than 35 years. She believes that in order for students to realise their full potential, they need to believe their abilities can be developed (and are not an innate gift). They must also focus on the process of acquiring knowledge, and not on the final result. She called this approach the ‘growth mindset.’ Dweck’s book, Mindset: The New Psychology of Success, has been translated into 25 languages.

Winners of the 2018 prize will be announced in September, and the awards ceremony is set to take place in December. According to the competition’s rules, laureates can only spend half of the awarded funds on their own needs, while the rest must be invested in an educational project.