The largest British academic publishing house “Routledge” has recently published a book, comprised by the articles written by expert international contributors, dubbed “Philosophical and Cultural Interpretations of Russian Modernisation”. One of its chapters was written by Assistant Professor of the Institute of Education Elena Minina. It is called “Post-Socialist Neoliberal? Education reform in Russia as a socially interpreted process”.

The article critically examines contemporary scholarly thought on post-Soviet educational change in Russia. It argues that, carried out within the framework of global convergence, scholarly inquiry into post-Soviet Russian education has been informed by a rigid teleological focus on the transition to a neoliberal mentality and overly reliant on the ‘top-down formulation/bottom-up implementation’ dichotomy. In incorporating the Russian condition into existing frameworks of global convergence, the literature has focused on the desirability of the neoliberal trajectory, measuring the progress of reforms in the direction from post-socialist towards neoliberal. Guided by a structuralist orientation, the literature has over-emphasised the ‘substantive’ aspects of reform policies, i.e. policy as practical implementation, and under-conceptualised educational policy as a socially interpreted phenomenon. The article goes on to argue that post-1991 Russian society has been engaged in a meaningful, though contentious, process of negotiating its national educational identity and calls for an alternative conceptualisations outside transition paradigms. 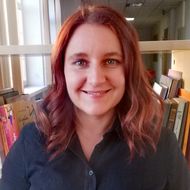