IOE experts Isak Froumin and Dmitry Semyonov have recently contributed an entry on the development of Russian university traditions to Encyclopedia of International Higher Education Systems and Institutions, edited by Jung Cheol Shin and Pedro Teixeira.

The Russian university tradition is a sociocultural phenomenon shaped by an array of alternative factors attributable to the three landmark stages in national history: the Russian Empire, the Soviet Union, and post-Soviet Russia.

The chapter covers each of the above periods as reflected in the ideas, values, practices, and institutional models featured in the higher education landscape to give a coherent portrayal of unique and sophisticated historical synthesis in the evolution of the Russian university tradition.

The first part focuses on the inception of the Russian university based on the European concept more than 300 years ago, and tracks its development until the fall of the Russian Empire. The next part delves into the Soviet period that heralded a reconceptualization of university function and regulation in line with the USSR’s centrally planned economy and new imperatives for industrial and social engineering. Finally, in Part 3, the authors reflect on university development patterns after the collapse of the USSR, when the onset of the market economy and education massification led to another wave of turnarounds in the national university sector. 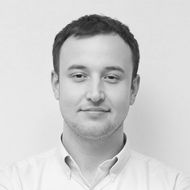 Dmitry Semyonov
Laboratory Head
All news by the author