A study co-authored by IOE analyst Elena Gorbunova and Ohio University research fellows Olga Kondratjeva and Joshua Hawley has been published in the latest issue of Comparative Education Review.

The paper explores how various factors of student academic momentum, such as achievement in high school, gaps between high school graduation and university start, performance in the freshman year, etc., are related to undergraduate attrition patterns at Russian and the US universities. The authors analyze a massive longitudinal data set that contains student demographic details, information on the type of enrollment, the field of study and tuition benefits, individual coursework and academic performance histories, etc.

The theory of academic momentum was proposed and elaborated by Dr. Clifford Adelman of the Institute for Higher Education Policy (IHEP) in the late 1990s – mid-2000s. Adelman defines academic momentum as building up academic resources over time and a pace of student progression at high school and university, especially during early undergraduate years. A student’s family background, socioeconomic status, and intrinsic attributes are most critical for explaining academic and psychological development in the early years of life and high school. Subsequent high school curriculum decisions and academic performance drive higher education choices and first-year progression at university. In turn, these choices and pace of progression determine future academic advancement: those who move quicker and gain higher academic momentum are more likely to complete their university degree.

Adelman singles out several indicators of student academic momentum that have the strongest correlation with the likelihood of university degree attainment. These include, among others, intensity of high school curriculum, delayed university entry, amount of coursework, first-year grades, changes in performance, taking remedial courses, part-time employment during the study period, continuity of study, attending summer programs, etc.

The article by Gorbunova, Kondratjeva and Hawley is an empirical comparative study of undergraduate attrition in the US and Russian university landscapes, which are among the world’s largest public higher education systems that represent different institutions. To gain a deeper understanding of the factors leading to student dropout, the authors employ the above-described academic momentum theory and implement the discrete-time event history method to estimate the linear relationship between academic momentum indicators and the probability of attrition. Among the key academic momentum indicators used are: delayed enrollment, first-term grades and changes in the performance over the freshman year, taking remedial courses, and the amount of first-year coursework (measured by the number of academic credits completed). The cross-country comparison factors in university selectivity level, student gender, and academic major.

The US data has been sourced from eight public higher education institutions in the state of Ohio. The Russian sample is based on administrative records of two large public universities of various degree of selectivity and different specialization (socioeconomics and STEM). To ensure a valid comparison between the two educational systems, the analysis is limited to full-time, first-time traditional-age undergraduates enrolled in a university’s main campus.

The study findings provide further support for the main assertion of the academic momentum theory that undergraduate students who progress through university more rapidly have a lower likelihood of attrition. However, a more detailed analysis reveals variability in the relationship between several academic momentum indicators and student attrition, depending on a university’s selectivity and the student’s academic field and gender. 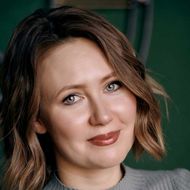