The 19th meeting of the OECD Early Childhood Education and Care Network was held in Luxembourg on June 8–10. One of its participants was Anastasia Nisskaya, research fellow of the Research of Modern Childhood group, Ph.D., who shared her impressions and thoughts on what is common for Russian and European preschool education.

Before the meeting, a visit to child care centers of the city was organized. The participants of the conference also made a visit to a preschool organization “Tramsscapp”, and got acquainted with its program, educational space, and teachers.

Later on, a number of studies on pre-school education were presented at the University of Luxembourg within the framework of the congress. There, the main principles of the OECD network strategy for early education were introduced:

It seems crucial to relate theoretic framework and real-life challenges, existing for Russian research on children of pre-school and school age, to this context.

At the meeting, some significant results for the development of pre-school education, obtained by global studies of education, have been presented. For instance, PISA research (“Low performing students. Why they fall behind and how to help them”) revealed that one of the factors, resulting in failure of students, is the lack of pre-school education, alongside with migrant background, living in single-parent families and in rural areas, etc. TALIS has indicated three important factors that determine teachers' professionalism: the quality of basic education before the beginning of work, successful communication with colleagues and training in the professional community, and the autonomy in control over the pupils' group as well as in the choice of teaching methods. Besides, high outcome performance, revealing teacher’s professionalism, could be achieved by varying degree of manifestation of each of the three factors (with different "profile").

It appears that for contemporary Russian education (both pre-school, and school) it is very important not to look past the factor of teacher’s autonomy. The idea about the “profile” of teacher’s professionalism seems to be quite heuristic for organizing various further training courses, according to the "profiles", as well as in the assessment of staff, and for parents while choosing a teacher.

A number of countries have shown their systems of preschool education, describing the coverage, age of children, the most acute problems (overcrowded groups, the lack of staff, and so on), as well as the ways of reforming. It could be of interest that, like in Russia, the reform objectives are described very broadly (development of appropriate conditions, well-being of children and staff) and are linearly-graded (initiated by the decision of the head of state).

The following  projects were presented to the participants of the meeting: «Policy Review of Quality Standards of ECEC», «Child competencies and dispositions», TALIS «Starting Strong Survey», «Transition from ECEC to primary school», «Child Wellbeing and Early Outcomes Study».

At the meeting, such issues were covered, as progress reports on new projects, the ways to conduct cross-country analysis of the results for the countries, who have not joined the research projects yet, the terms and prices for participation, as well as options to obtain various packages of results, depending on the size of the financial contribution.

Particular attention was given to the integration and support of diversity and active inclusion, as they are crucial indicators of the preschool education quality.

A panel discussion of key competences of children, the ways to develop them and to monitor, adopted in various countries, showed that communicative competences and the ability to learn, the drive to base the education process on inclinations and interests of children are universal. The standpoint of non-direct assessment of children's achievements also turned out to be accepted by many countries. 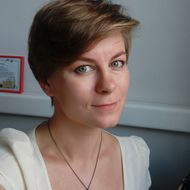