First Ever Monument to Anonymous Peer Reviewer Unveiled at HSE


The concrete block in the courtyard of the HSE Institute of Education has been a lasting image of the WW2 era. However, last summer, the institute’s staff came up with the idea of turning it into a piece of art. The idea was put forth by Igor Chirikov, Director of the Centre of Sociology of Higher Education, whereby this useless piece of concrete would be transformed into a monument to the ‘anonymous peer reviewer’. Moreover, this idea ended up garnering the most support as a result of an internal vote.

‘Peer reviewing is a matter of love and hate,’ said Igor Chirikov, noting: ‘Many of our colleagues have had the painful experience of getting negative reviews for their papers. And this is not the most pleasant part of academic life. At the same time, a reviewer’s work, which is often undervalued and unrewarding, is nevertheless an important tool for research development, which makes us sure that our results are precise, incontestable, and not accidental. So, when I was thinking about what the monument could be, I wanted to emphasize reviewers’ impact on research, on one hand, but to do this with a bit of irony, on the other hand, so as to motivate researchers who don’t always get positive reviews of their papers.’

The monument’s installation was a success thanks to a crowd-funding campaign, which attracted researchers from all over the world. For instance, the project was supported by two Nobel Prize winners. Eric Maskin, 2007 Nobel Laureate in Economics, called anonymous researchers the ‘unsung heroes of science’ who do invisible work ‘out of a sense of responsibility’. Furthermore, Andre Geim, 2010 Nobel Laureate in Physics, described reviewers’ contributions to scientific progress with the Latin phrase: ‘Dubito ergo sum’ (‘I doubt, therefore I am’).

‘Experts bear heavy responsible for their work; they are responsible for the further progression of certain research and educational areas. I believe it is very important to respect the work of such experts,’ said Liudmila Ogorodova, Deputy Minister of Education and Science of the Russian Federation, at the opening ceremony.

The monument to anonymous peer reviewers is represented by a big 1.5-tonne dice with sides featuring some of the opinions reviewers typically give to academic articles, such as ‘Accept’, ‘Minor Changes’, etc. The outlines of each cube side feature the titles of papers by researchers who contributed to monument (donated $60 and more). According to Igor Chirikov, it was decided by a coin toss as to whose paper would appear on which side.

Yaroslav Kuzminov, HSE Rector, spoke at the opening ceremony about being able to laugh, or ‘at least to smile at yourself’, which is an essential quality for any researcher. ‘We are living in a transitional time, when science is becoming truly global. The demands on the academic community are very high today. We can either keep on self-chastising and lamenting about how hard it is, or we can smile and go forward. We are definitely on the side of the second option,’ he stressed.

The monument’s opening ceremony was held in a completely informal atmosphere. Moreover, guests showed their support for the idea of reviewer ‘anonymity’ and wore masks at the event. At the end of the unveiling, Igor Chirikov urged everyone who might be expecting a reviewer’s verdict to rub the upper side of the monument ‘for luck’, while also saying the word ‘accept’ aloud.

The event has received broad international media reporting, as the monument heralds the world’s one-of-a-kind effort to pay due tribute to the role that anonymous referees play in ensuring greater academic transparency and quality of research outputs.

The new monument can well make the IOE Headquarters in Moscow a global center of academic pilgrimage, Nicola Davis of the Guardian notes in her coverage of the unveiling ceremony, as many researchers worldwide may wish to visit the site hoping for the gods of peer reviewing to smile down on them.

The 1.5-tonne monument – a cornerstone of modern science immortalized in concrete – has become the latest addition to Moscow’s rich cultural heritage, Nature remarks ironically recognizing the IOE team’s inventive and good-humored effort to reconcile the dialectics of love and hate intrinsic in academic peer reviewing.

Incidentally, the HSE Institute of Education will feature a broad and vibrant international academic agenda in the coming several months, including, among others, the October 2017 Conference on Higher Education Research, this making another good reason for visiting IOE.

May 26, 2017
Topics
On Campus
Keywords
new at HSE Reporting an event anti-versary
About
Centre of Sociology of Higher Education, Institute of Education
About persons 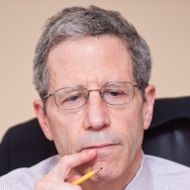 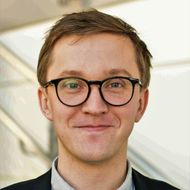