One common problem across educational systems worldwide is persistently high rates of cheating, plagiarism and other manifestations of dishonest behavior in the academic realm. A recent study by IOE researchers Natalia Maloshonok and Evgeniia Shmeleva seeks to gain new and more conclusive insights into what essentially propels Russian students to engage in unethical academic practices during their university track.

While a number of studies have been carried out across nations to investigate the factors of student dishonesty at university, this particular dimension has so far received only limited focus in research on Russian higher education.

In their recent paper published in Springer’s Journal of Academic Ethics, IOE experts Natalia Maloshonok and Evgeniia Shmeleva set out to bridge this gap by exploring motivations that prompt Russian students to engage in dishonest behavior based on a survey of over 15 thousand undergraduates from eight highly selective universities.

Student academic dishonesty is a pervasive problem for universities all over the world. The development of innovative practices and interventions for decreasing dishonest behaviour requires understanding factors influencing academic dishonesty. Previous research showed that personal, environmental, and situational factors affect dishonest behaviour at a university. The set of factors and the strength of their influence can differ across countries. There is a lack of research on factors affecting student dishonesty in Russia. A sample of 15,159 undergraduate students from eight Russian highly selective universities was surveyed to understand what factors influence their decision to engage in dishonest behaviour. Ajzen’s Theory of Planned Behaviour (TPB) was employed to explain dishonest behaviour among students. The explained variance in the engagement in academic dishonesty equals 48% in the model for the full sample, and reaches 69% in the model for one of the considered institutions. The major findings of this study were: (1) subjective norms appeared to dominate as the strongest predictor of academic dishonesty across the Russian universities; (2) perceived behavioural control, appeared to be positively related to the dishonest behaviour. In the majority of universities, this factor was found to be insignificant. This finding indicates a specific feature of Russian students’ unethical decision-making process discussed in the last part of the paper. 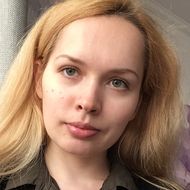 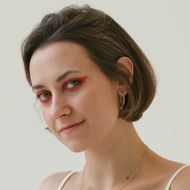