The Campaign Against Bullying 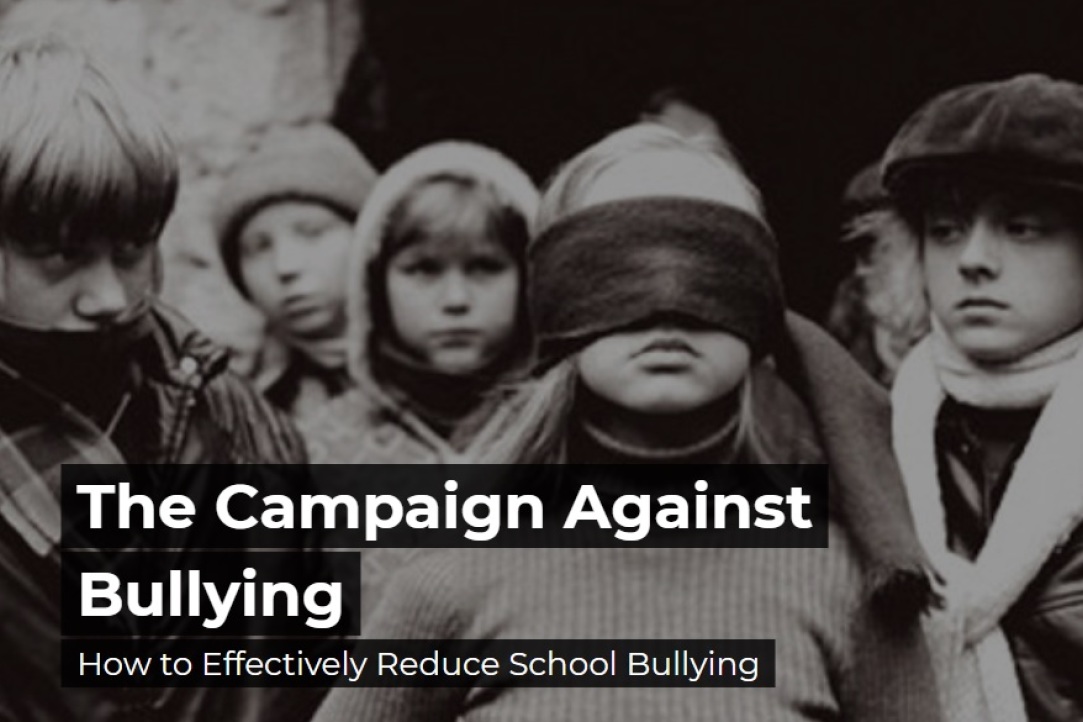 Bullying is a problem that has plagued school-age education worldwide. Methods that stakeholders harness to alleviate bullying often fail to produce an effect as significant and lasting as originally expected or sometimes even further aggravate the state of affairs. Arthur Rean and Maria Novikova, experts at the IOE Laboratory for the Study of Adolescent Deviance, believe that effective and sustainable remedies for bullying invariably imply a comprehensive approach that proposes an increased policy emphasis on programs to counter adolescent aggression alongside more systemic and focused efforts by schools to foster reciprocity and supportive psychological climate.

School bullying occurs when a student (or a group) repeatedly and intentionally hurts another student who is in some way vulnerable.

This behavior is often associated with strong negative feelings in the victim — anger, fear, frustration, and the desire to improve one’s status among one’s peers. There are many types of bulling: fights, insults, exclusion, cyber aggression (on social networks), etc.

A meta-analysis has shown that 35% of schoolchildren worldwide are involved in traditional bullying (both as initiators and victims) and 15% are involved in cyber bullying.

To reduce these numbers, it is critical for adults to respond to adolescent aggression. Responsive actions taken by teachers can often prevent bullying.

However, researchers have revealed a bitter paradox. Despite the severity of the problem of bullying in many countries and educators’ awareness of its causes, forms, and consequences, educators rarely address the problem in an effective manner. Not only is the range of approaches commonly employed limited, but the tactic most commonly employed by teachers is a ‘means of suppression’. This ranges from a relatively harmless appeal to one’s authority as a teacher, to humiliation, and punishment.

In a survey, the majority (82%) of German teachers considered ‘compulsory disciplinary action and appeal to their own authority’ appropriate. The situation is similar in the UK, Finland and the USA. Comprehensive work — not only with aggressors, but with victims and the class as a whole — is infrequent.

It is forceful methods such as these that are counterproductive: they only reinforce cruelty. Yet not intervening in the conflict is also not an option.

Arthur Rean and Maria Novikova explain why suppression strategies should not be used:

Psychological pressure in the form of excessive control and intimidation of adolescents is also extremely unconstructive. An Estonian study revealed how teachers, picking on adolescents’ ‘weak spots’ and humiliating them actually provokes increased attacks on others.

It is important for adolescents to feel independent, competent, and part of a team.

‘If, as a result of the teacher’s controlling behavior, the adolescent does not feel autonomous enough, his need to control his peers increases. When a student is deprived of the opportunity to feel competent, the student will try to demonstrate his or her physical superiority. When a student feels isolated from his or her classmates, that student may begin to behave aggressively,’ Arthur Rean and Maria Novikova say.

Research shows that Russian educators have fairly accurate ideas about teenage bullying. But in practice, they often react inconsistently or take the position of an observer. Lack of intervention from the teacher is also common in the United States and Australia. Most American families are faced with resistance by school administrations when they demand action against bullying. They are advised to simply transfer the child to a different school.

Not interfering in adolescent conflict leads to dangerous consequences. The victim is convinced of his defenselessness. The student’s self-esteem suffers, and the risk of depression and suicide increases. In fact, it causes damage that lasts the student’s entire life. And a bully who acts with impunity in turn becomes accustomed acting aggressively.

Bullying is effectively reduced only with systemic action at different levels, the researchers emphasize.

A meta-analysis of studies showed that in countries where bullying prevention programmes are common (the US, the UK, and Scandinavian countries), bullying rates are 20% lower than in others.

The first successful anti-bullying program, the Olweus Bullying Prevention Program (OBPP), began in 1983–1985 and is still growing. It includes a set of strategies for working at several levels: the school level, the classroom level, and the individual student level. The OBPP clearly outlines why adult bullying is unacceptable and what measures can be taken to protect potential victims. Another world-famous anti-bullying programme, KiVa, was developed in Finland and is now used in many countries around the world.

However, the existence of such initiatives does not always guarantee long-term success.

The school-level strategy has two points of action: establishing clear, fair, and consistent rules of behavior for all, as well as creating trust between teachers and children.

Rules of conduct can be enshrined in the school charter. It is advisable that students also participate in its development. A school’s code of conduct must be immutable. It is important that non-compliance with the rules, such as engaging in bullying, come with clear consequences.

According to studies, in groups where aggression is not tolerated, manifestations of aggression actually decreased. Bullying was simply not perceived as a way to solve problems, and offenders could not impose their communication style on everyone.

There are fewer instances of bullying in groups in which teachers and other employees are guaranteed to intervene in student conflicts.

But the problem is that victims do not always seek help. There are significantly more children who are attacked for a long time and remain silent about it than those who report it and manage to put an end to it. Increased work with students who have been victimized is necessary.

How to Help Victims of Bullying

Simply giving advice on how to stand up for yourself (and this is also a common, albeit ineffective, teaching strategy) is inadequate. Victims need support from adults. But the very process of asking for this support itself is stressful for adolescents.

When deciding whether to report bullying to a teacher, a child weighs the possible negative consequences of this. A study on British students found that adolescents avoid reporting to teachers primarily for three reasons: disapproval of their classmates (75.5%), feeling like a victim (64.2%), and the desire to solve the problem on their own (58.8%). In other words, the search for help can be associated with a decline in social status and loss of self-esteem.

That is why an adult’s reaction to the first mention of bullying by a child is critical. Any attempt to make light of the conversation can lead to a silencing of the problem, and the adolescent will suffer alone. For children who do not have good relationships with their parents and teachers, the risk of victimization is higher.

It makes sense for educators to separate aggressors and victims in the classroom so that they are less likely to meet face to face. But this is not enough. We need to help children who feel helpless find a social circle that is right for them: experiencing a sense of belonging is extremely important. ‘Finding a suitable social circle is not an easy process—it often requires teachers to team up with school colleagues and the parents of the child,’ says Maria Novikova.

You can get your child involved in activities that will help increase his or her confidence and self-worth – in activity groups, for example. There may be a lot of options; you may find clubs and activity groups that are private or not affiliated with the school. ‘Volunteering is becoming more popular, and this is something students can get involved in,’ says the researcher. ‘There are interesting activity groups in contemporary art, where professional artists work with teenagers, such as the Cascade project, for example. At these group meetings, there is always a psychologist present to facilitate effective team communication.’

A circle of friends is a good defense. Support from one’s peers reduces aggression towards vulnerable students.

The researchers identify the main components of working with aggressors.

Firstly, it is necessary to convey to the aggressor the seriousness of the harm they inflict on the victim, and to make sure that the aggressor understands how the victim feels.

Secondly, the aggressor needs to be able to take responsibility for what has been done and be given the opportunity to correct the situation. What exactly the aggressor can do is decided in dialogue with an adult—a teacher or a school psychologist. ‘If there has been physical damage to a victim’s property, the question of compensation may be addressed,’ explains Maria Novikova. If the bullying was committed via rumors and gossip, then you need to officially refute them and apologize to the victim.

‘It is important to remember that under no circumstances should the adult humiliate the aggressor or attempt to make them suffer as the victim did. This, as we have already said, will only lead to more aggression in the future,’ the researcher stresses.

Thirdly, many aggressors have excellent communication skills and leadership qualities. These qualities should be used for good: they can organize school events, help those who need it with their studies. ‘They also need to interact more with those who are older: it will be easier for them to maintain positive behavior,’ adds Novikova.

Fourthly, as part of preventive work, it is important to convey to students the difference between dominance and leadership. Without understanding it, active students can ‘go too far’ and hurt others.

Finally, sometimes the cause of bullying is simply boredom. When the educational process involves the active involvement of students and they are interested, then they have less time and energy to bully their classmates, Maria Novikova concludes. 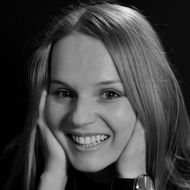 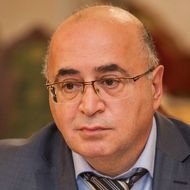