The Rise of Cyberbullying: How It Has Come about and What Can Be Done to Rectify the Curve 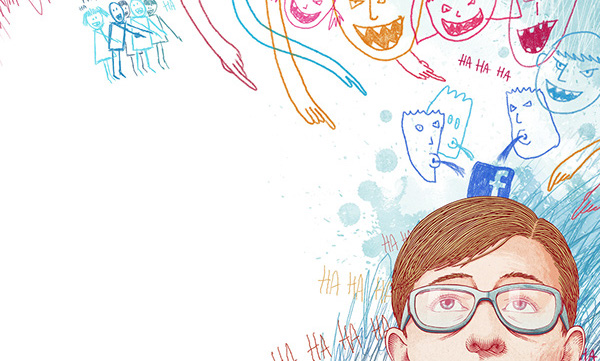 As mobile computing and digital networking have witnessed a spectacular upswing in recent years, cyberbullying has become a pervasive occurrence that afflicts adolescents across dimensions of the modern digital realm. While continual exposures to various forms of harsh treatment online can inflict serious harm to the socio-emotional wellbeing of young people, adults around are mostly unaware of what is happening to the youngsters and often fail to come up with a timely and appropriate remedy. Eventually, as teens grow older, many of them seem to gradually come to terms with cyberbullying. A group of psychologists including IOE expert Alexandra Bochaver have studied what has underpinned the spread of harassment in the digital space and how students themselves perceive it.

Aggression as a Routine

Cyberbullying is a form of harassment using smartphones, computers, and other electronic means. Some students routinely harass others on social media, messenger app, online games, video hosting sites, and other platforms. For example, aggressors may post insulting comments, spread rumors, or make threats. They can also upload personal videos of their victims while masking their own identities and creating fake web pages and profiles in social media to taunt their peers.

A survey involving Moscow teenagers between ages 11 and 16 (Grades 5 to 9) showed that cyberbullying is a routine part of school life. Almost three-quarters of the respondents (72%) have experienced bullying in one form or another. In addition, 54% of boys and 36% of girls surveyed have witnessed cyberbullying towards other internet users.

The most frequent form of harassment seems to be insulting comments, according to almost a quarter of respondents (24%). It is followed by offensive images (usually posted on social media sites) (16%) and rumors (16%). Attempts to post threats on social media, impersonate others, and upload abusive videos occur almost equally as often: these forms were mentioned by 9% to 11% of respondents.

Social media sites appear to be the key venue for cyberbullying. VKontakte is an undisputed leader in this respect, which comes as no surprise, considering that this site is by a large margin the most popular social media platform among teenagers. The site was indicated by 40% of respondents. It is trailed by YouTube, online chats, and multiplayer online games, which were cited by just 12% to 15% of respondents.

The most peculiar feature of online bullying is that it is difficult to avoid.

The percentage of respondents who report being victimized is more or less the same, irrespective of age. About 70% of teenagers aged 11, 13, and 16 have been targets of bullying. Respondents have mainly been confronted with rude and insulting comments, rumors, or direct threats.

There are some gender differences as well. Boys often become targets of more direct and physical forms of aggression such as threats, humiliating images, nasty videos, and abusive web pages. Girls are more likely to be subject to rude comments and rumors.

Some students said that they wanted to stand up for themselves (26%) or retaliate against the aggressors (26%). However, many of the respondents seemed to be at a loss, feeling embarrassed and disgusted with themselves. To confront bullying, respondents usually choose to either insult (26%) or ignore their offenders (26% as well), or they simply cut off contact with the aggressor (23%). In 10% of cases, respondents tried to confront their bullies offline.

Researches have also studied the overall perception of cyberbullying. It appears that many students are quite tolerant of it.

With age, youngsters seem to come to terms with the phenomenon of cyberbullying. This does not, however, mean that cyberbullying has become socially acceptable. It just gets less and less surprising.

29% of respondents regard cyberbullying as a normal occurrence. The age dynamics of attitude towards cyber harassment is revealing. Only 9% of fifth graders believe online bullying is a ‘normal part of online communication,’ while there are nearly four times as many of such responses from ninth graders (38%). Consequently, the number of those who think that cyberbullying has to be addressed declines over the same period from 91% to 62%. In fact, teenagers get so accustomed to the aggressive environment that they become emotionally insensitive to it.

There is another figure which is even more revealing: 39% of respondents have been both victims and bullies. The interchangeability of these roles is well known. Many people have also been witnesses of cyberbullying at some point of time. All these findings help us understand why online bullying is seen as something normal.

In addition, the majority of respondents believe that there is no point in cyberbullying. For instance, only 15% of informants reported satisfaction over what they had done, and only 26% thought they were right to behave in that way. At the same time, 25% of respondents said they ‘were ashamed,’ and 27% ‘continued to be angry with that person.’ This means that online harassment turns out to be an unsuccessful scenario of letting out one’s aggression, the researchers say. However, cyberbullying may be even more destructive than traditional offline bullying. All parties, including bullies, victims, and bystanders, are affected by the aftermath of the incident.

Illusive though it may be, online anonymity empowers aggressors, while victims often feel more and more helpless, as it is sometimes hard to guess who the offender is.

Anonymity gives way to outbursts of aggression. The offenders, meanwhile, feel morally removed from their actions, immune to punishment, and more free to take their actions to far.

‘Offline bullying usually has a certain goal set by the offender (for instance, drive the target to tears),’ the researchers say. ‘However, if the offender does not know anything about the target’s emotional state, this goal seems to be unachievable. The aggressor finds it more difficult to stop if the target looks more like a figment of the aggressor’s imagination.’

Eventually, cyberbullies may become unable to empathize, having grown accustomed to humiliating others and solving all their problems by force.

Unlike their offenders, victims of cyberbullying face much more serious consequences. These include strong negative feelings, such as depression, anger, fear, frustration, etc. There is always a high risk of losing self-esteem. Victimized children may have lower academic achievements and experience more social isolation. There is a connection between cyberbullying and ‘self-injury, suicide ideation, and past-suicide attempts,’ the researchers observed.

Not only adults, but also friends or classmates can help their peers who are suffering from bullying. Friendship support increases from middle to late adolescence. It is no coincidence that young people tend to confide in their peers. We need to encourage teenagers to support each other whenever cyberbullying occurs, the researchers insist.

Cyberbullying should be prevented among younger teenagers before they become insensitive to aggression. Older students should take part in training courses, focusing on group opinions, social beliefs, and self-reflection. Moreover, ‘personal experience of the ineffectiveness of cyberbullying’ can help prevent online harassment.

Tension in the classroom should be relieved in a more effective fashion. It is worth involving everyone in this work: victims, aggressors, witnesses, classmates, and school administrators, the authors conclude.