How Agency Acumen Is Related to Students’ Success Learning Remotely 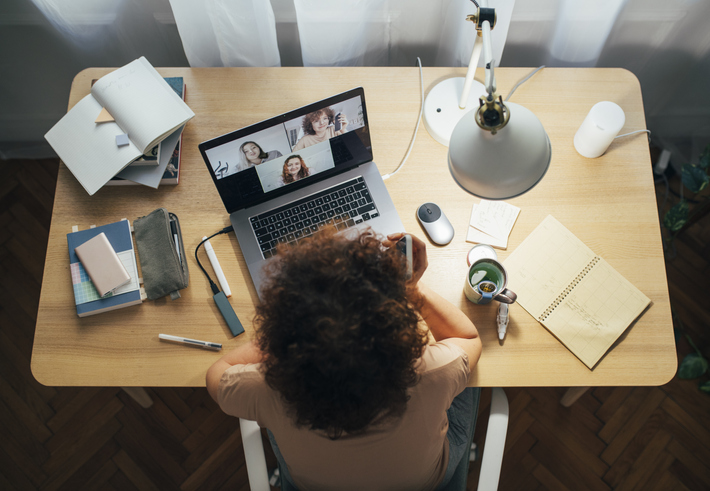 In December 2020, IOE expert Ulyana Zakharova took part in the eSTARS international conference of e-learning stakeholders, a joint initiative between HSE and Coursera, where she presented at a special session on sociology of higher education. In an interview with the HSE News Desk, Ulyana shared about how students’ prowess in key components of personal agency, such as self-efficacy, initiative, and self-direction, are related to their ability to adapt to and perform in distance education.

Recent times have seen policy and practice place more emphasis on ways to better advance comprehensive psycho-social development of the individual so younger populations build resilience to fast-paced change and become adept in the skill domains crucial for success in life and the workplace of the 21st century.

Agency — a notion that has been widely seen as central to these developmental imperatives — essentially refers one’s ability to always be in the driving seat while engaging in mindful and proactive interaction across dimensions of the surrounding environment.

The conference talk by Ulyana, “Personal Agency of Students in Face-to-Face and Distance Learning: Teachers’ Perspective,” suggests that a lack of involvement, self-discipline, and proactive initiative — ingredients that are at the heart of what the agency acumen is all about — is arguably the key factor that has precluded Russian students from being more effective while doing remote learning during the COVID emergency.

Q: The researchers who presented at this session discussed how the massive switch to online learning has affected students and teachers. As someone ‘in the know,’ did you learn anything new?

It would be more correct to speak about the main conclusions I drew from what I heard. For me, it’s that we’re all dealing with the same issues and focused on the same things. Both Russian and foreign participants mentioned how difficult it was to get started during the pandemic and how important it was to devote attention to regions or universities with underdeveloped technological capacity. Everyone is examining attitudes to remote learning, the possible after-effects of the pandemic and issues of personal well-being and communication in groups.

That is, they were interested not only in the technological facet but also in the human and socio-psychological aspects of our new life. What’s more, the Sociology of Online Learning session brought together researchers from various subject areas who are interested in the same questions.

This sort of unity is encouraging. When scholars with different views and approaches work towards the same goal, there’s the hope of achieving good results and understanding the situation better than if everyone had worked on their own topic.

Q: It is interesting that scholars sometimes reach opposite conclusions. Is this because not much time has passed since the beginning of the pandemic and the research is still in progress?

In sociology, a lot depends on how we look at the subject, who we are observing, the numbers involved and under which conditions it is considered. In my opinion, this is why studies of the pandemic or attitudes to technology produce opposite results. For example, one study can find that students are happy about the increased use of technology, while another concludes that they are looking forward to the end of quarantine measures and a return to the classroom and in-person communication.

You can’t really get an unequivocal answer to the question of who’s right or wrong, and not only because we’re in the middle of the pandemic, but also because we are studying a complex subject, that is people. Note that this session also included findings from studies conducted before the pandemic, so their applicability to current realities requires certain adjustments.

Q: What are the main problems this dashing and dizzying transition to remote learning has prompted?

The first is how proficient teachers and students are in digital educational technologies. The second is methodological in nature: How can we structure an educational process in which students work independently in practically every subject?

The third is how effectively educational institutions are integrating digital technologies. We had been focused on the digital issue for a long time, launching various projects, securing funding and training people. Now, with the pandemic, the question is this: If this has hit us so hard in terms of our competencies, infrastructure and readiness, did that earlier investment pay off?

The fourth aspect is personal well-being and the work/life balance. And, although this concerns both students and teachers, the most discussion focuses on the latter. Teachers have limited contact with their colleagues, are forced to combine teaching with family life, deal with various household demands and so on.

Q: At the eSTARS conference, Ksenia Vilkova and you presented the results of your joint study, Personal Agency of Students in Face-to-Face and Distance Learning: Teachers’ Perspective. Does this concern the second problem you mentioned?

Yes, the study touched on this. We decided to look at how well students have developed the ability to study independently, get the most out of situations and succeed. And we asked the people who are in the best position to know — their teachers.

We analyzed the personal agency of students — that is, their capacity for independent activity and self-discipline in working towards a goal, including assuming responsibility for the result.

There is a lot of talk about students’ lack of ability to organize themselves. The pandemic revealed that the problem does exist and slows down the educational process under the new format — as do technical issues, the lack of communication, and growing feelings of loneliness and anxiety.

Q: What underlying data did you harness for purposes of this study?

We used data from the study, "The Transformation of Russian University Teachers’ Work During the Pandemic," by the IOE Centre for Sociology of Higher Education.

It currently consists of two waves — the first was November-February 2018-2019, and the second was April-May 2020. We used material from both. It includes interviews with 27 teachers of the natural sciences and humanities from 12 universities participating in the 5-100 Project and the Flagship Universities program.

Q: According to a survey by Nizhny Novgorod students, the results of which were announced at the conference, almost one in four students believe that distance learning is hindered by their teachers' poor technical literacy and lack of desire to adapt to the new conditions. It, therefore, bears asking: What do teachers think of students?

They say that remote learning, and the increased share of independent work that comes with it, have revealed the true level of students’ personal agency, and it is low. With the constant organizational presence of the teacher removed, it became apparent what students themselves were capable of doing.

For those who were used to listening to a teacher-translator — that is, the one who occupies the main part of class time — learning became more difficult. They suffer for having lost their usual support and their personal agency turned out to be insufficient.

The effectiveness of distance learning depends greatly on students’ preparedness: those who didn’t study well before, will now ‘graduate without having learned almost anything’, as one interviewee put it.

On the other hand, remote learning also teaches students to be more independent. Under self-isolation, there has been a greater need for students to organize their own studies, get more involved and take control of the process.

Q: What can teachers learn from this situation?

Some realized that they needed to change their approach. This was either because they came to understand that the old methods didn’t work or because they saw how students behaved in the new realities.

Those who saw the quarantine as a time of personal development and new professional experiences began to experiment with forms of teaching. They introduced activities that required greater personal agency of students such as tasks for mutual evaluation or project work. Even those who did not want fundamental changes admit that they would be willing to give students as many independent study opportunities as possible in the future.

Q: But some are not ready. What does that leave the student?

In that case, you have to take yourself in hand, realize that you need to move in a certain direction and do more than the teacher requires. Otherwise, you could lose interest in the subject, switch your focus to other activities or stop studying altogether because this really is a challenging time.

Q: Is it fair to say that, as a rule, Russian students have difficulty organizing themselves?

I can’t say that the research supports this, but there is a hypothesis that our large, public universities are structured in such a way that the teacher plays the central role and that students are rather passive. They do ‘homework,’ but not all students in all fields have it. And the tasks they are given might not contribute to the development of personal agency — such as assignments in which the student simply needs to solve problems based on what they did in the classroom.

In other countries — and the U.S. is mentioned most often in this regard — there are universities where students are engaged in mastering the material for a significant part of the time outside of the classroom, while the instructors serve more as mentors, consultants and tutors. They have a high level of personal agency. They come to class with their own objectives. They work hard because they understand that the university provides them with the opportunity to learn. When people say that Russian teachers need to become tutors and mentors, I think they ignore the fact that this places high demands on the personal agency of the students themselves.

If welook at it from this point of view, then Russian students are certainly used to spending little time on independent work. It is difficult for them to adapt to the current situation and not everyone manages.

Q: The samle that you've used doesn't look all that large. Is it possible to corroborate your findings with quantitative data? In general, do you plan to develop this topic further?

We have not heard about any similar research based on quantitative data. The topic itself is a deep one. We tried to maintain a focus on the personal agency of students and teachers and on how the educational process is organized. These three elements seem to come together and form a system. During the discussion at the session, colleagues from the State University of Nizhny Novgorod drew attention to the fact that there is a fourth component — administrative.

In their interviews, teachers actually shared that they had loaded students down with numerous assignments in part because they were unsure how the university administration would be assessing their performance during the pandemic.

The ‘administrator-teacher-student’ triad should somehow balance. Of course, there is a crisis now and the system is unlikely to function well, but it is extremely useful to understand that it consists of not two, but three elements.

As for the continuation of the study, this is not really our first and it won’t be the last. Ksenia Vilkova studies issues of students’ self-discipline and the effectiveness of relevant interventions in online learning. I study the transformation of teachers and the strategies of administrators in the context of integrating digital technologies into higher education. In this work, we combined our interests and, hopefully, gave other researchers an idea for further exploration. 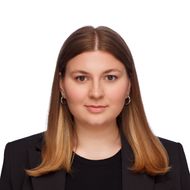 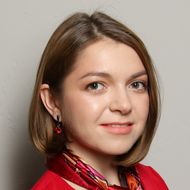