Education researchers Alexei Obukhov of IOE and Elena and Luiza Adamyan of Moscow Teacher Training University have recently traveled to Iran as part of an academic program aimed at tracking cross-country best practices in education development. During their visit, which was organized by the leadership of Iran’s two top private school networks, Mofid School and Salam School, the scholars presented about what is being done in the Russian Federation to advance secondary education, and learned from their cross-border peers about how the objectives of modernizing school environments are addressed in Iran.

The cross-cultural approach to educational studies implies plentiful opportunities for deep and pervasive exposures to various local contexts of learning & development. This enables one to become familiar firsthand with how a specific sociocultural environment in a given nation, including its multiple stakeholders’ hopes, concerns and choices, such as childhood and youth patters, parental expectations toward education, etc., shapes the individual local epistemological groundwork and practical strategies in schooling and its development. Subsequently, this unique evidence a researcher draws through delving into diverse educational settings while on their academic travels translates into essential inputs for identifying best-practice approaches that can be often tailored for and adopted in national education. 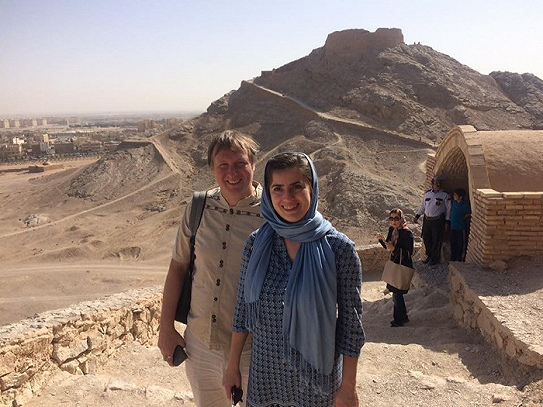 Why Focus on Iranian Experience in Educational Upgrades?

A nation where a great deal of importance and high cultural value has traditionally been attached to education, Iran has long suffered severe geopolitical and economic limitations, which has amplified the need for designing the most cost-effective roadmaps to advancing learning & development environments. Against the backdrop of the said disincentives, the country’s consistent success in boosting teaching excellence and learning outcomes conclusively attests that improvements in the overall quality of education are not conditional solely upon the availability of funding and technical resource. As confirmed by the Iranian experience, progress in school development is also driven by a number of other factors attributable to particular local practices and individual institutional environments.

Iranian schoolchildren have consistently ranked among top-performers on many international academic assessment scales and student competition arenas, with scores second-to-none in robotics, physics and mathematics, among other areas. It should be noted that high schoolers at some private institutions in Teheran have steadily surpassed their international peers by overall academic scores as well as in such individual fields as research-based activities and English proficiency. It is therefore of particular interest for Russian researchers, IOE expert Alexei Obukhov notes, to gain a comprehensive understanding of the approaches, including at the leadership, curriculum and instruction, and family levels, whereby this strong performance has been achieved and maintained in Iranian schools. 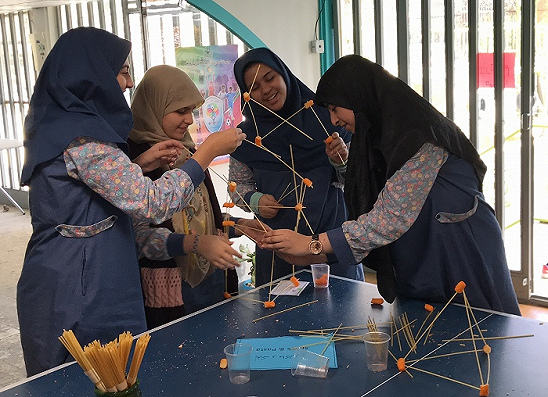 In the private segment of secondary education, much emphasis has recently been placed in Iran on better aligning further development strategies with the pragmatically-centered needs of the 21st-century skills agenda. The focus has been shifting from supporting high academic achievement as measured by conventional test frameworks to ensuring students deliver sizeable progress in high-level metasubject cognitive competencies, new core living literacies and socio-emotional capacities on which their future career and life success will largely depend. In this respect, it is also of major interest for Russian scholars to see how these transitional processes are actually designed and deployed in Iranian school practice, including what primarily drives this transition and what challenges and downsides are involved.

Finally, some of the models on which Iranian education strategies are founded embrace the background principles of cognitive psychology and social constructivism once pioneered by Russian psychologist and educator Lev Vygotsky. This fact, according to Alexei Obukhov, also adds to the relevance of Iran’s cases in school development for Russian researchers and practitioners, since important lessons can be learned by exploring how Vygotsky’s theoretical propositions are actually embedded in various specific contexts of Iranian secondary education.

Iran has always maintained a strong focus on comprehensively advancing R&D and education, with its major urban areas consistently demonstrating a high demand for quality and up-to-date learning & development. It is primarily the country’s private schools that have in recent years delivered the most appreciable progress in academic excellence and educational outcomes.

The contemporary Iranian system of general education comprises the following stages: the primary school (grades 1–3 and 4–6); the secondary school (grades 7–9); and the high school (grades 10–12). Some private institutions also provide pre-school training to 5–6-year-olds. In the course of this fall’s academic trip to Iran, which was organized by leadership of the country’s two top-performing private school networks, Mofid School and Salam School, the Russian scholars visited several boys’ and girls’ facilities within the said networks that are focused on different stages of general education – from pre-schooling and to senior grades. 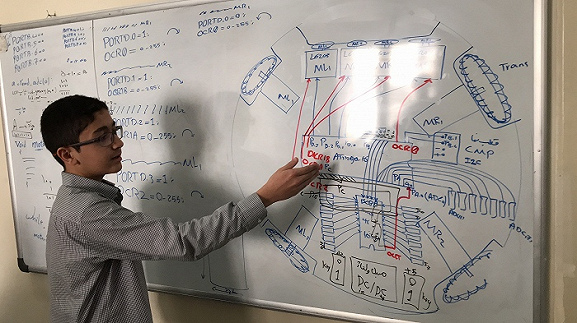 During the school visits, the Russian research team attended a series of classes in various subject areas to track individual instructional approaches used. Also, discussions were held with teachers and administrators about further modernization plans, specifically insofar as methods for better matching the curricular with the changing parental expectations and the social environment at large are concerned. Furthermore, special attention was paid to how various types of comprehensive goal-oriented activity, such as project- and enquiry-based tasks and techniques, are being designed and deployed.

According to Alexei Obukhov, the academic strategies at Mofid and Salam have yielded high educational payoffs largely because the following key schooling principles are being actively promoted and upheld in practice:

— Teachers espouse the agency-based approach involving ongoing guidance and facilitation in every aspect of schooling to encourage student engagement, motivation and self-propelled learning

— Students are afforded a great deal of choice and flexibility in learning through implementing top-quality core syllabus and a diversity of extracurricular offerings, including basic specialist training

— Students are encouraged to learn from various real-life experiences

— Student background and prior achievements are always considered on an individual basis in designing effective learning.