A Journey of a Thousand Miles

Ruoqi Cao, from Harbin, China, graduated from HSE University’s Master’s programme in International Business. She is now working on her PhD at the HSE Institute of Education, where her research focuses on regional contributions of higher education in Russia and China. She has spoken with the IOE News Desk about her story of coming to study and work in Russia.

Stalin Park and a Lermontov Show

Harbin is perhaps the most Russian city in China. I’m not an expert on the subject, but I’ve heard that its Russian past dates back to tsarist times. If you ever visit Harbin, you’ll see that it is a sort of ‘Back to the USSR’ place with its Matryoshka (Russian Nesting Doll) store in the centre of town, Gogol Street, old Volga Estate and even Stalin Park.

And if you hear our local dialect, you'll recognize several Russian-sounding words because ‘khleb’ (‘bread’) is ‘lepa’, ‘platye’ is ‘plat’, and we even have a drink called ‘kvas’ (fermented bread drink) with a similar taste.

My grandparents know Russian well and read Russian classics, although by profession they practise traditional medicine. My earliest childhood memories are of my grandmother teaching me to count in Russian: ‘raz’, ‘dva’, ‘tri’, ‘chetyre’…

Russian is still the first foreign language taught in Harbin schools. And thanks to my grandmother’s lessons, I felt like a star! My special talent was the ability to roll the Russian ‘r’ because most Chinese are unable to pronounce it and the Harbin dialect does not have that sound at all. I even won a school contest for who could pronounce ‘R-r-r-r-r’ the best and longest! Two boys in our school were also like stars because they made a real show out of reciting a Lermontov poem by heart. 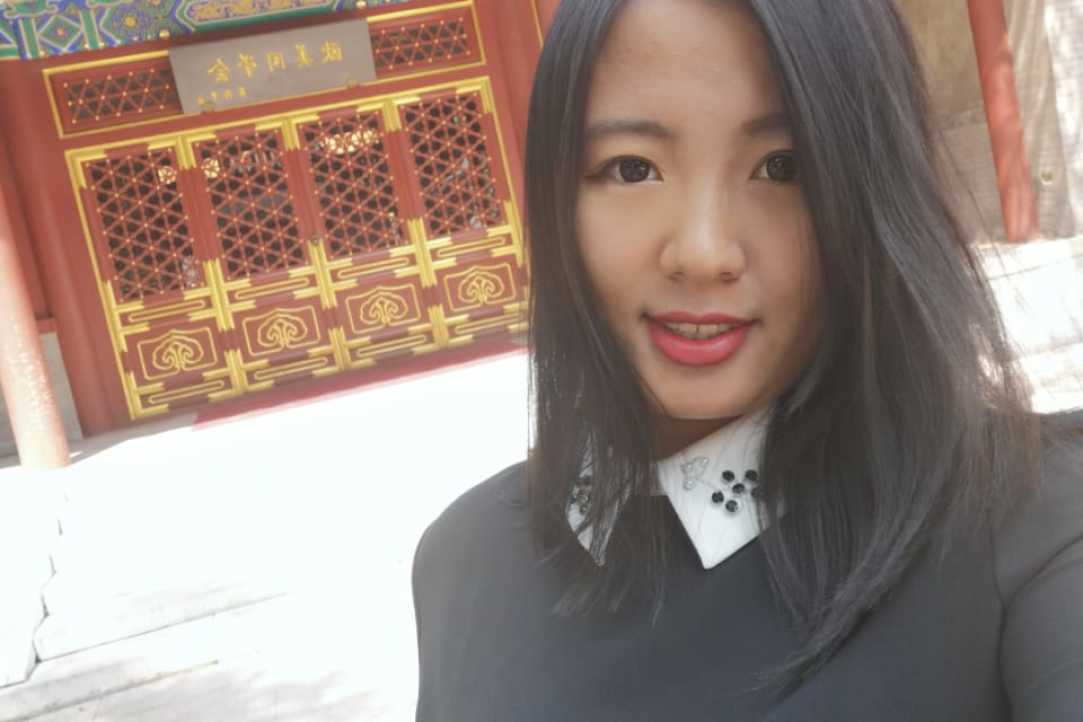 My Russian name is Sophia. You have probably heard that Chinese people in Russia adopt unofficial Russian names to make it easier for the locals. I chose the name ‘Sophia’ in honour of the St. Sophia Russian Orthodox Cathedral in my home town of Harbin, China. And you can probably guess why I chose ‘Isakovna’ as my patronymic.* In China, our academic advisor is like a father.

When I graduated from high school, I realized there were problems with the Chinese educational system. For example, there is inequality that needs to be addressed. Unlike the Russian Unified State Exam in which everything is universal and transparent, the results of the Chinese exam vary widely by region. For example, the exam is easier in some regions, which means that those graduates receive higher scores and much more.

When I took the exam in Harbin, a technical problem occurred that prevented me from entering the prestigious university where I had hoped to study. Without going into details, despite receiving a good score on my exam, I had to choose between less prestigious institutions in the regions. I did the same thing that many others did: I chose not ‘according to the school, but according to the province.’ I chose Hunan, a province that I liked, even though I did not like the university there.

It soon became clear that no matter how hard I might try, graduating from that university would not pave the way to a good career. Major Chinese companies only hire graduates from the top universities and dump everyone else’s résumés in the trash. Their Human Resources departments won’t even look at anyone else, regardless of their grades and accomplishments. By the way, this is one of the reasons that entrepreneurship is so popular in China: if you are talented but didn’t get into a hotshot university, what other option do you have but to develop your own business?

Onward, to the ‘Soviet Union’!

It was at this point that my knowledge of Russian once again came in handy. I started volunteering with AIESEC and travelled to Russia where I worked in summer schools and camps and made loads of Russian friends. I began interacting with organizations that help Chinese students adjust to life in Moscow. In this way, I learned more about universities and how they differ in the two countries. I began to see that the inability of Chinese and Russian businesspeople to see eye-to-eye stems from not only different mentalities and laws but also differences in their educational backgrounds. 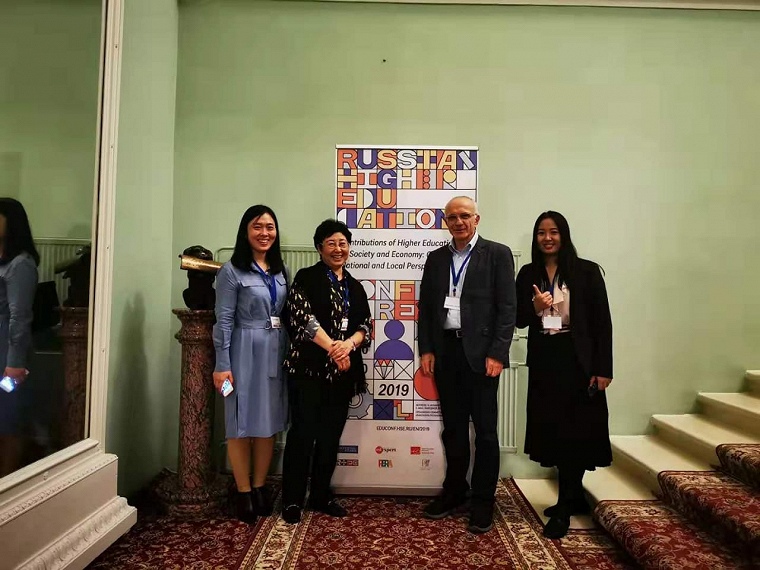 My grandparents were very happy to learn about my decision. ‘You'll study in the Soviet Union,’ they said. ‘That is our older brother.’ People of their generation still draw little distinction between Russia and the Soviet Union.

I didn’t have any problems when I moved to Moscow: fluent English is spoken at HSE University and I could practice my Russian with sales clerks, receptionists and taxi drivers. Taxi drivers always want to talk to me for some reason. No one has been unfriendly.

I have already visited many Russian cities such as Kazan, Yekaterinburg, Novosibirsk, St. Petersburg, etc. But most of all I liked Crimea, and especially Bakhchysarai, Yalta and Sevastopol. We want to have our honeymoon in Crimea this summer. Even before, I liked the idea of marrying in Russia, and I’ve attended several weddings here in Moscow and recently caught the bouquet thrown by the bride. So now, I definitely have to have a Russian wedding! 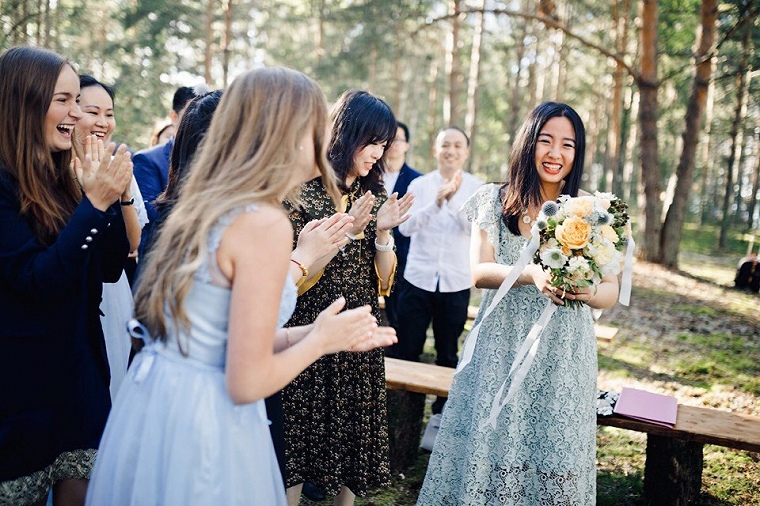 My fiancé is also Chinese and also studies at HSE University, majoring in Advertising and PR. He switched universities several times before that and had difficulty because he did not know Russian very well at first. Then I lured him here with stories of the atmosphere at HSE.

Perhaps my most striking experience in Russia was celebrating Epiphany: I jumped in the ice hole at VDNKh and then travelled with HSE instructors and students over the winter break to Estonia

I learned about this custom from a classmate on Facebook. It seemed interesting, and after I immersed myself the first time, I felt I had become a ‘true Russian’. When my mom found out, she shook her head and said, ‘You’re crazy — that’s cold!’ But I haven’t been sick once since jumping in the ice water.

Ambassador for the Institute of Education

At the Institute of Education (IOE), I study how higher education in China and Russia influences development in the regions. My colleagues teach me how to think like a researcher. My academic advisor, Isak Frumin, always has lots of ideas and we have a great team at the Laboratory for University Development. The IOE also provides access to all the advanced things that are available in education research around the world: you read journals and the latest data and have a grasp of what is happening. And, of course, it also provides outstanding language practice. Sometimes I have the sense that I have learned to read not only Russian text, but also the Russian soul.

I think it is very important to talk about HSE University and the IOE to people in China where the realities of Russian education are not very well known.

I am helping the IE establish a dialogue with Chinese research centres and companies. I am especially proud that we recently managed to establish ties with the Beijing State Pedagogical University, the most prestigious Chinese university in the field of education

I went to the embassy staffers who work with Chinese students, got the necessary contacts in Beijing, wrote to the vice-rector, deans…This was the start. This was repeated several times, not only with academic institutions but also with major Chinese corporations interested in education such as Huawei. The company is currently thinking about sponsoring our conferences.

Perhaps the most important thing right now is the annual conference on the digital transformation of education in Russia and China. Russian universities train classroom mathematicians and computer scientists and China has made great advances in technology. Together, we are trying to understand the degree to which digitalization is changing education, as well as which problems it can and cannot solve.

After I earn my master’s and PhD, I will return to China. Knowing this education system is an advantage that will enable me to become an expert in cooperating with Russian universities. In China, very little is known about Russia. Most Chinese people know only ‘vodka’, ‘medved’ (bear), ‘krasivaya devochka’ (pretty girl), ‘krasivy malchik’ (good-looking boy), USSR, snow and Siberia. They have also heard that Baikal is a lake and Pushkin is a poet. There is a stereotype that nobody smiles in Russia. To break that stereotype, I put the hashtag #smilerussia on photographs and write articles for Chinese newspapers explaining that it is actually fun in Russia. 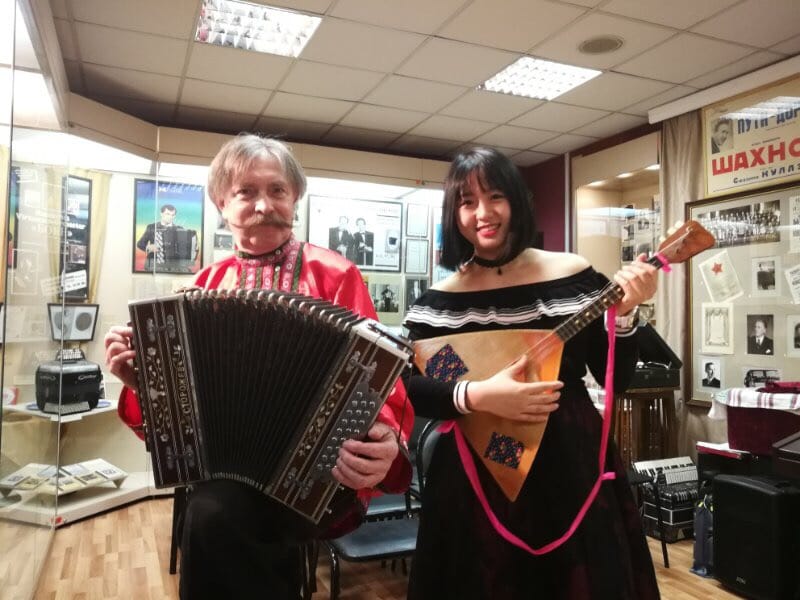 Inequality in education is one of the main topics for the IE, and this has particular meaning for me. As a researcher, I will try to reduce the inequality found in Chinese education. I experienced it myself and want to help make it easier for a schoolgirl from Harbin to enter a prestigious university and a student from Hunan to be able to build a successful career.

I feel that I’ve been able to improve my fate. In China, they say that a journey of a thousand miles begins with a single step. The AIESEC, HSE University and my Russian friends are helping me on that ‘journey’. 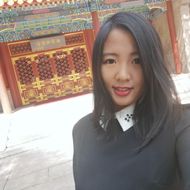 Analyst at the Laboratory for University Development