Understanding Depression as Modifier of Social and Academic Achievement 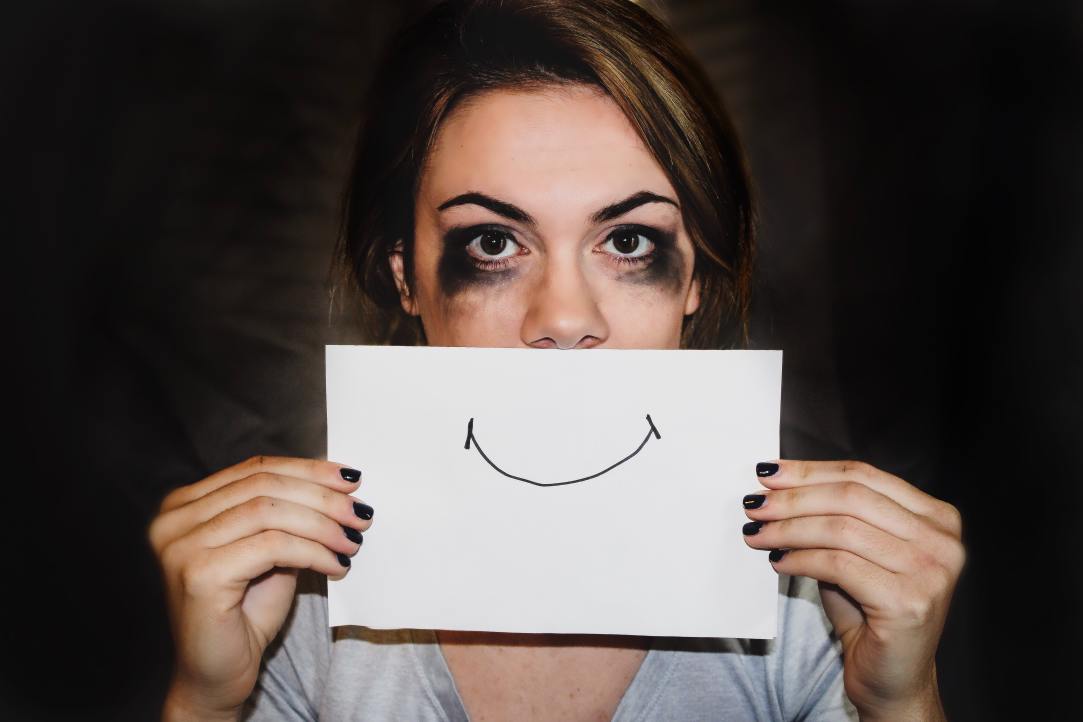 Photo by Sydney Sims on Unsplash

At a recent webinar held as part of IOE’s Year 2019/20 Series on Educational R&D, Ivan Smirnov, Head of the IOE Laboratory for Educational Data Science presented about how students’ ‘digital footprints’ can help leverage our understanding of mental well-being in adolescents and the way it is related to their academic achievement.

‘Most research in the field of education focuses on students’ academic performance, while topics surrounding mental health have only piqued limited interest until now. Meanwhile, studies have found that a low level of psychological well-being reduces human productivity: about 50% of time people stay at home on sick leave is in fact fraught with stress and depression in one way or another. Yet, people will be most likely to hush up about that—usually we say we just had a headache or abdominal pain, so the problem of depression remains invisible,’ Ivan Smirnov, Head of the IOE Laboratory for Educational Data Science comments.

The reason that psychological well-being has not yet been thoroughly understood lies not only in the fact that it has not been receiving enough attention from researchers, but it is also because this dimension is difficult to study in and off itself, especially when the research framework is limited to traditional approaches alone.

Digital footprints and machine learning allow novel models and techniques whereby we can, to a certain degree, overcome such research hurdles and limitations. New data sources are appearing so complex patterns can be analyzed using big data, while modeling enables researchers to predict the behavior of complex systems and identify patterns.

Because there is a multiplicity of qualifying frameworks to understand psychological well-being, the author has chosen to focus on depression for purposes of his study. This concept has been more clearly interpreted in academic literature, and its effects across the important facets and outcomes of life have been conclusively demonstrated.

An analysis of the relationship between the severity of students’ symptoms of depression according to PHQ-9 questionnaires they completed and their performance on PISA and the Unified State Exam (i.e., the statutory K–11 exam in Russia) showed that there is no correlation between the two for women. However, there is a statistically significant correlation for men. For example, the level of depression in women remains approximately the same, regardless of the results of PISA literacy, while in men the PHQ-9 increases. 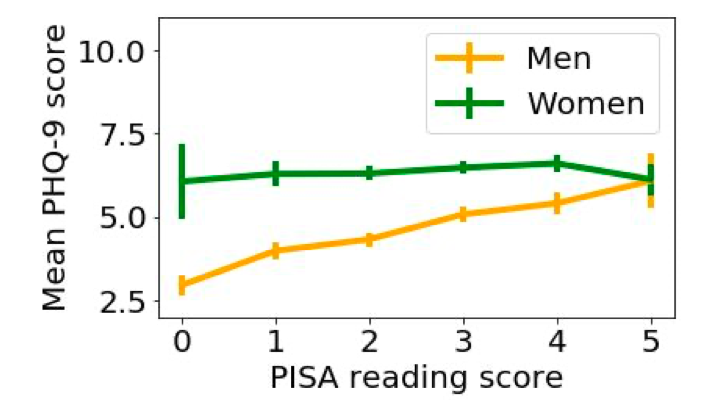 Predictions Based on VK Posts

An analysis of more than 3,000 student posts on VK, which is by wide margin the most popular social networking venue in Russia, revealed predictor words for high and low academic performance. Semantically related words were grouped side by side in a model based on a vector representation of words.

Tone and Timing of Posts

Posts uploaded by students in St. Petersburg were analyzed in terms of their tone as an indicator of depression. The correlation was 0.7 depending on the number of posts and the time they were written. After 12 AM, the number of negative posts sharply increases, which is confirmed by other studies. The relationship between the time of a student’s last post and their academic performance was also established—more successful students write their posts later. The analysis showed that the higher the student’s performance is, the more positive their posts are on social media. This dependence is more pronounced among girls.

Sentiment analysis and other classifications of emotional language, as linguists and dictionaries understand it, do not strongly correspond to psychological models of the emotional state. If a person writes a post that is negative in tone, it is not necessarily an indication of their general psychological state.

Another conclusion from the study is that a person with a small network of friends who are not strongly connected to each other is 4 times more likely to experience depression than a person with a large number of friends with high levels of clusterization.

People with signs of depression are more likely to use first-person pronouns, singular words and the past tense.

Natalya Kiselnikova
PhD in Psychology, Deputy Director for Scientific and Organizational Development, Head of the Laboratory of Advisory Psychology and Psychotherapy of the Psychological Institute of the Russian Academy of Education