On October 6–8, 2017, the town of Kratovo, Macedonia welcomed the 5th International Festival of Ethnographic Films. This Fest is a vibrant forum for students, filmmakers, anthropologists and multidisciplinary scholars to discuss visual methods in ethnographic research, the most pressing cultural and socioeconomic issues confronting indigenous communities across the globe, and the implications of evidence drawn from visual anthropology for broader social studies, including education. Upon a special invitation from the Fest’s organizing committee, IOE expert Alexei Obukhov traveled to Kratovo this fall to take part in the event. 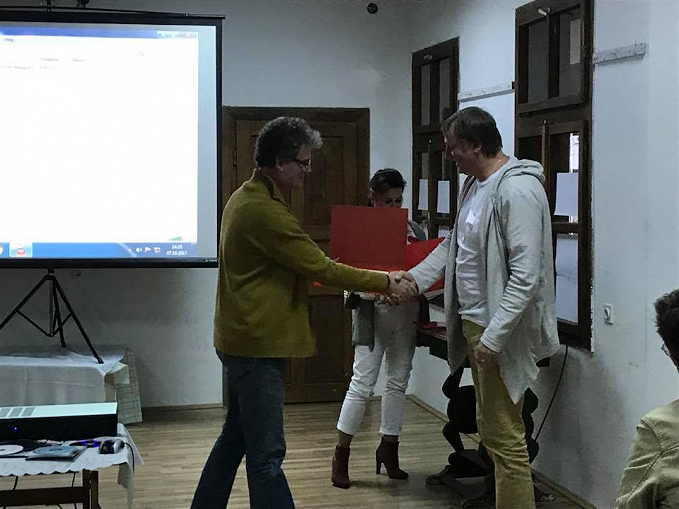 The advent of the 21st century has brought a host of startling technological innovations, making multimedia interaction devices an indispensable part of daily lives for an extremely wide and diverse population band. In social sciences, digitization has prompted an expansion in novelty research frameworks, which enable far deeper insights into various factors driving human evolution by capturing the most subtle, intricate and otherwise elusive bits and pieces of societal processes, as unfolding immediately before the eyes of the observer.

With an ever-hastening stride of ICT, the digital camera has become one of the most ubiquitous means for producing visualized discourse – a companion and mediator in an individual’s ongoing exploration of mankind through multiple prisms of community, national and international cultural contexts. As developing multimedia narratives of one’s own life and the lives of others is becoming an increasingly wide-spread practice in society, visual-based methods are also gaining more extensive application across academic domains, including psychology, history and folk studies, comparative education and teaching practice, etc.

In particular, it is visual anthropology that has recently piqued growing interest on the part of a wider cohort of social researchers. Ethnographic documentaries, shot on trips to multiple corners of the globe and featuring various pieces of authentic practices and traditions, often become unique firsthand evidence adding to our more conscious, lucid and cohesive deciphering of both ethno-specific codes and universal cultural concepts. From the educational standpoint, better understanding the centrifugal and centripetal forces implicated in anthropological processes, as represented by particular patterns of sociocultural continuity, borrowing and innovation within a given ethnos, is important for conceptualizing learning & development frameworks better tailored for local diversity contexts.

A place to get immersed into a host of weird and enthralling cultural experiences as captured by the camera of a filmmaker, anthropological film fests have over the years grown in popularity not only among the general public, but also within the global professional community. For the latter, such special events have become increasingly important forums to network and debate about what has topped the agendas in the broad and multifaceted area of sociocultural anthropology. 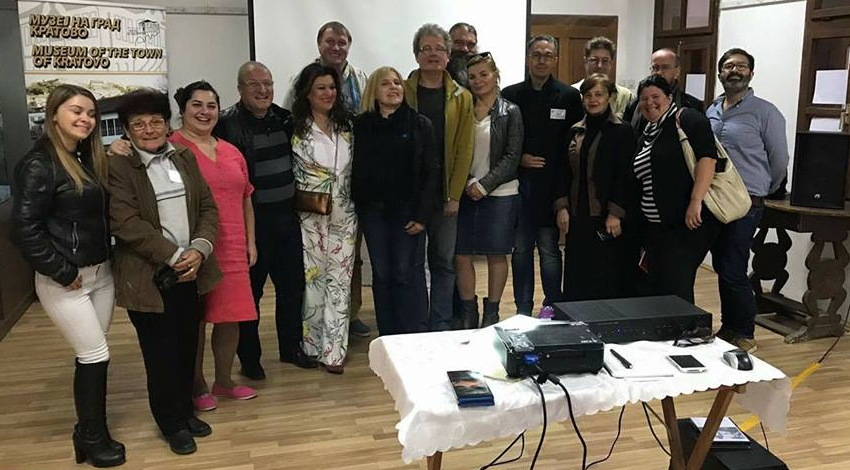 Participants of the 2017 Kratovo International Festival of Ethnographic Films

In October 2017, Macedonia’s historic location of Kratovo welcomed the 5th International Festival of Ethnographic Films, organized by the Macedonian Ethnological Society and Kratovo Town Museum. The Festival Committee was chaired by Dr. Vladimir Bocev, a research fellow at the Museum of Macedonia, who is a distinguished expert in visual anthropology and ethnography.

Bringing together students, ethnologists, anthropologists, professional filmmakers and interdisciplinary scholars, Kratovo’s annual film fests are held with the principal aim of promoting visual ethnography, spotlighting different approaches to ethnographic filmmaking, and advancing the role of visual ethnographic narratives as valuable firsthand inputs for broader, multiple-area social discussion. Today, evidence from visual anthropology can help delve deeper into how imperatives of supporting cultural identity and diversity, which stem from the fundamental rights to be different and to be duly recognized as such, relate to the increasingly important call for advancing global integration and helping underprivileged minorities and broader at-risk clusters – through unbiased, collaborative and culturally-aware economic and educational policies – enter the 21st century world as societies better poised for equitable and sustainable living.

This year’s Festival involved 25 ethnographic documentaries by filmmakers from Austria, Denmark, Germany, Greece, the Netherlands, Indonesia, Italy, Spain, Kyrgyzstan, Macedonia, Nepal, Norway, Portugal, Russia, Serbia, Slovakia, Slovenia, the USA, Turkey, France, Croatia, Czech Republic, Switzerland, Sweden, and Estonia. Shortlisted for participation by internationally recognized experts, the films have featured a multiplicity of unique customs and practices upheld by different indigenous groups in Africa, Asia and America. The visual narratives of these stirring and absorbing pieces of native peoples’ legacy have sought to elucidate the specific epistemological concepts and perceptions on which the ontological linkages between the realms of man, society and nature are still largely founded within such communities. For many of the Fest participants, these distinctively new, hauntingly penetrating images and emotional experiences have encouraged deeper reflections about numerous sociocultural challenges and concerns each film aimed to illuminate.

The ethnographic films screened have provided multifaceted perspectives on an array of issues that currently confront native minorities across the globe. These include, among others: forced migration and adaptation challenges; ethnic and confessional tensions and their mediation; supporting individual and community cultural identity; children’s rights in indigenous communities: tradition vs. global challenges; rights of the disabled; deprivation, segregation and poverty; etc. 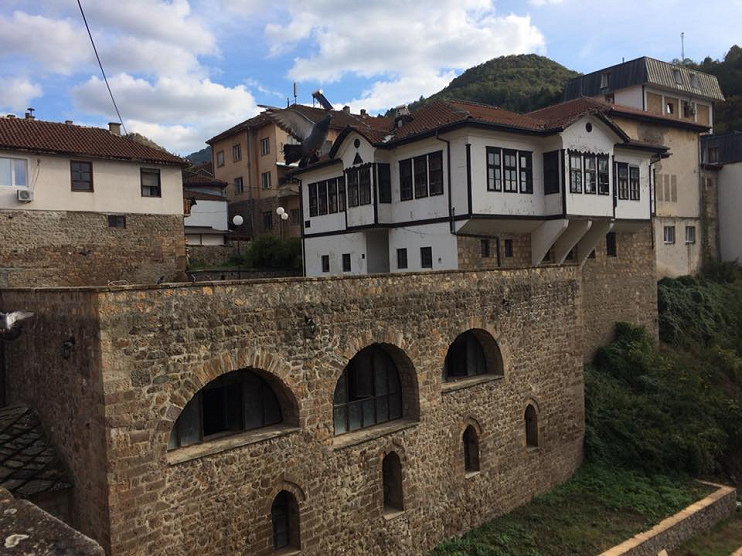 A view of Kratovo, Macedonia

Following a special invitation from Dr. Vladimir Bocev, IOE expert Alexei Obukhov, a Lead Researcher at the Institute’s Centre for Modern Childhood Studies, was visiting the 2017 Kratovo Festival during October 6–8 to present one of his latest ethnographic pieces. A film by Alexei, which was selected for screening as part of the Fest agenda, features a family-specific ritual practiced for curing infertility among the Buryats, a large indigenous group mostly concentrated in Russia’s Buryat Republic. The Buryats have descended from different Siberian and Mongol peoples that once inhabited the Lake Baikal area, with their culture fusing different elements of Buddhism and paganism.

In December 2017, IOE plans to launch a monthly international seminar series on visual-based sociocultural research. The series is set to kick off by an extensive expert discussion of Alexei’s documentary, both in terms of the visual methods implemented and multidisciplinary implications of the film content, including as related to education.

Earlier this year, Alexei also took part in the Mediating Camera festival in Moscow, where he presented another ethnographic documentary, which was shot during his trip to Mexico in the spring of 2016. 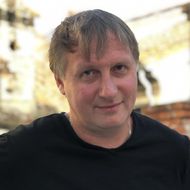